A literary lunch with Jessie Burton

When our local bookshop announced they were hosting a literary lunch with bestselling author Jessie Burton we made unattractive squealing noises and then went to buy tickets straight away. Things like this don't tend to make it to our area often, and definitely don't involve chatting with super-cool authors AND a two-course lunch, so this was beyond exciting.

Jessie is the author of the hugely successful The Miniaturist which wooed us with its intriguing storyline and beautiful cover back when it was released in 2014. Since then it's sold over a million copies worldwide, not to mention being featured on must-read lists everywhere, so it comes as no surprise that her second book, The Muse, has been so highly anticipated. Described as “a glittering, seductive and utterly enthralling novel about art, identity, and the hidden power within us all” it has all the ingredients for another bestseller. It also looks beautiful — wrapped up in Lisa Perrin's incredible cover design which we've been sighing over ever since we saw a sneak peek of it on Twitter. 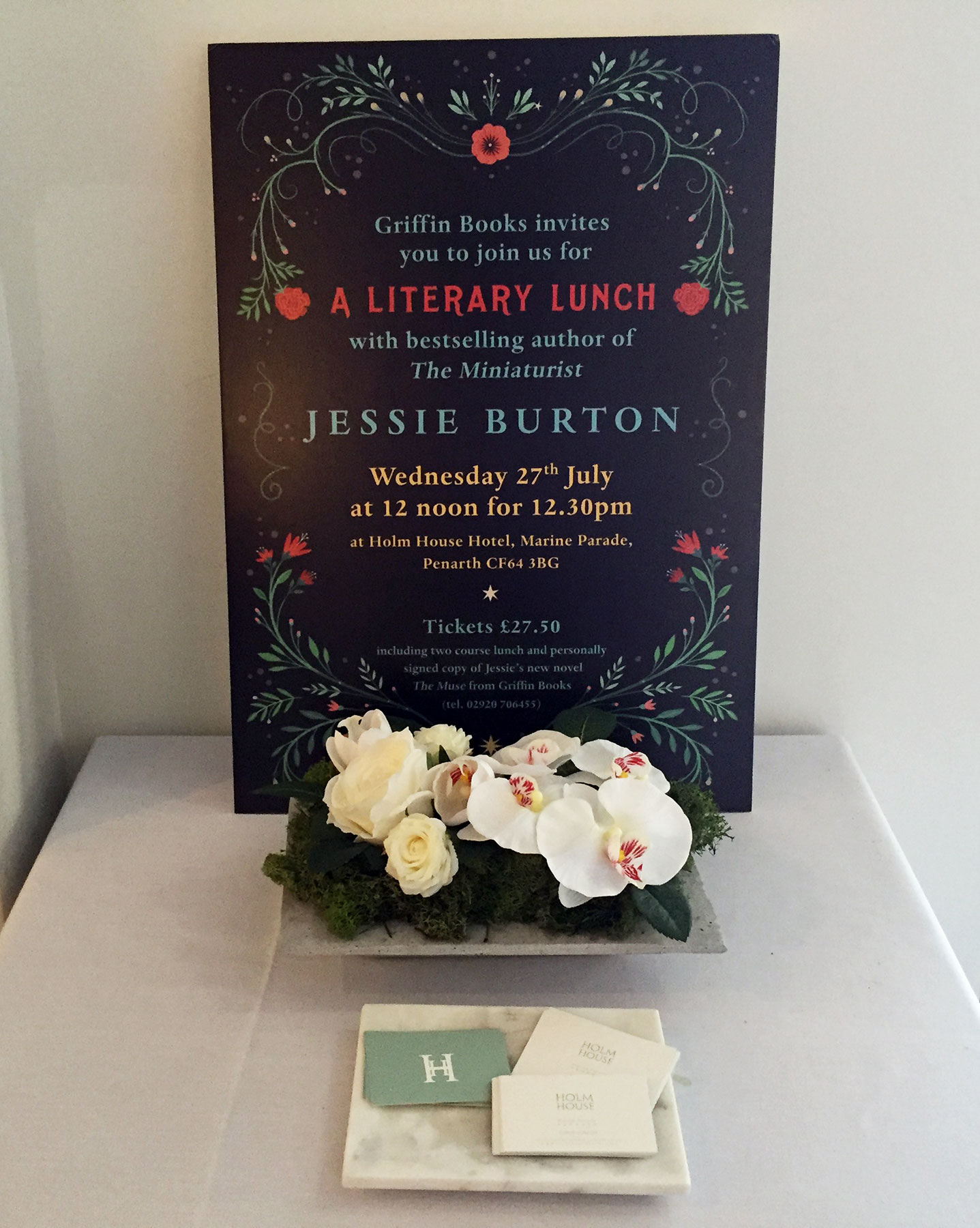 At the event, once the plates were cleared and Jessie had called around each table for a quick chat and to sign our books, we all settled down to listen to her read a couple of excerpts from The Muse and answer questions on everything from her first steps into writing, how she approached her "difficult second album", and how her own interests help form her work.

As well as recounting the moment that sparked The Miniaturist (visiting Petronella Oortman’s doll’s house in the Rijksmuseum in Holland), Jessie talked about where her other inspirations come from. In particular, she touched on how her affinity with Spain formed her decision to set part of The Muse there, and how being an only child has given her an interest in exploring the dynamics between siblings. She also talked of her approach to research, adding that lucking in with a few good history books can give you small facts that will help flesh out your story and make it more believable.

We're always interested to find out more about other people's processes as it's a subject close to our ~tortured creative~ hearts. It's also endlessly reassuring to hear someone successful talk openly about the fact it doesn't always come easily and that, in fact, most of the time it's really hard. Asked whether she ever finds herself sat in front of a blank screen, thinking “I can't do this”, Jessie answered honestly — of course. At times she has to battle through the writing process; it requires turning up every day and confronting yourself head-on (even if what you really want to do is go back to bed and watch Netflix). She mentioned a quote that suggests you have to learn to accept that sometimes you'll only see 70% of what's in your head on the page, and that's ok. It's something we're going to try and convince our perfectionist brains to remember.

Her points were ones that we, and everyone who creates, can relate to — the fear of putting yourself and all your private thoughts out there through your art. But in her answers and her successes Jessie showed exactly why you need to push past that fear. With two novels under her belt and more projects to come, she's proof that brilliant things can happen when you do. 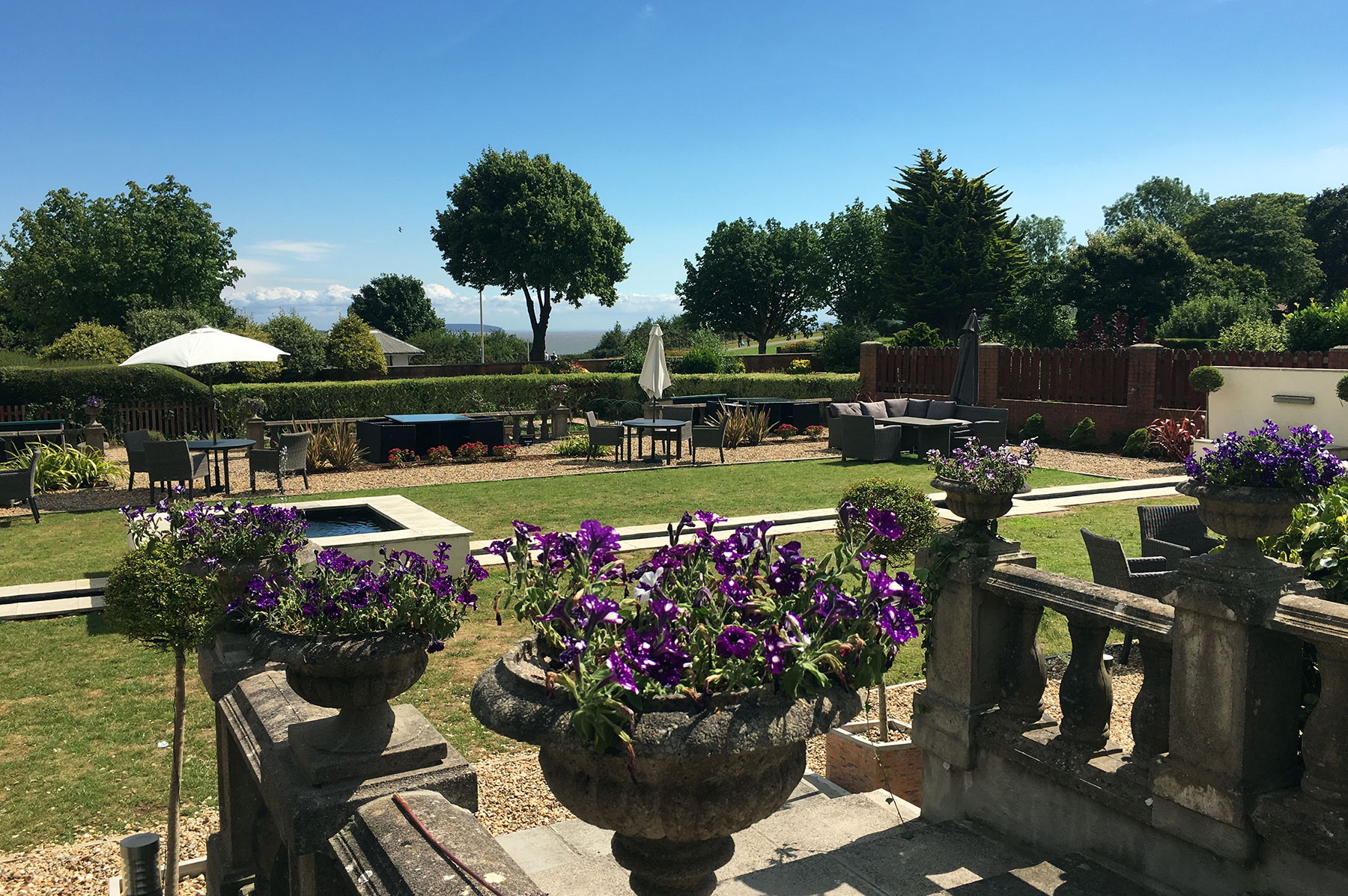 The event was held at the beautiful Holm House Hotel in Penarth, South Wales, which we'd absolutely recommend if you're visiting the area. They also have a good gin selection which is nothing at all to do with why we find ourselves there quite often.

The Muse is available to buy now from all good bookshops (including our local favourites Griffin Books who made this event happen) and Amazon.

Do Fly. Find your way. Make a living. Be your best self.Next Article